I am trying to write 16 bit data to i2c device . As there are no registers specified to write to the slave device, I am not able to use the built-in wiringPiI2CWriteReg16 Api.

(1) I never use Wiring Pi. So I don’t understand your WiringPi problem.

(2) I only know how to use smBus to communicate with I2C devices, with or without registers.

(3) Referring the Appendix A below, I usually

(b) Define one function to write one byte to the I2C device,

(c) Define another function to write two bytes to the I2C device.

(4) I very seldom use the first function – writing only one byte to the I2C device.

(5) I heavily use the second function – writing two bytes to the I2C device.

(6) I use the i2cBus.write_byte method to write the two bytes.

(7) i2cBus.write does not care what the two write bytes are. It just writes out blindly.

(9) Now coming back to your problem. What you want is just writing two bytes out, say first byte is 0x77, second byte is 0x88, then i2cBus just again do its job blindly, sending out 0x77, 0x88, I guess this is what you want. Let me know otherwise,

(10) I have a scope to display waveforms, I usually repeated indefinitely write two bytes, and pause 10mS every writing two bytes. I am happy to display the waveforms fro you.

What is the max i2c speed of the raspberry pi 4? 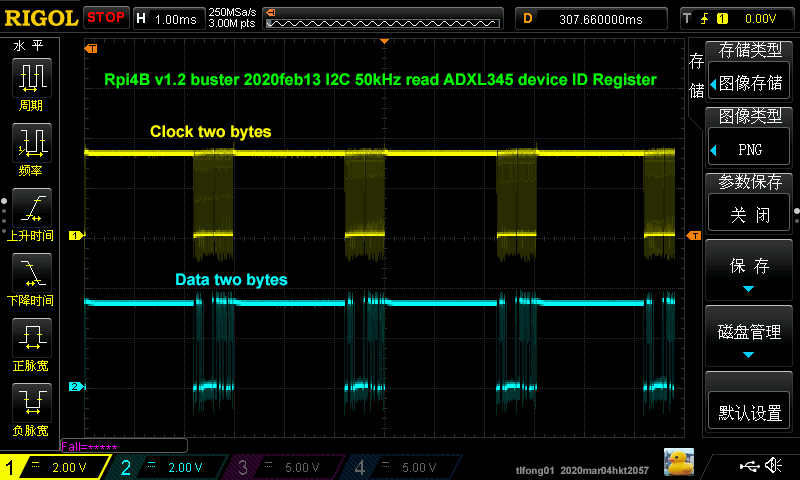