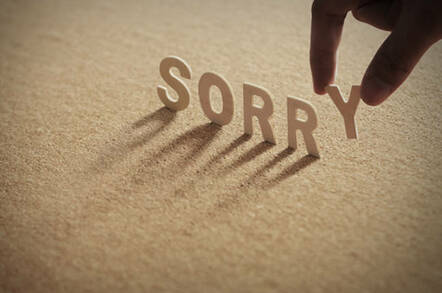 On Sunday, David Fullerton, CTO of Stack Overflow, issued an apology over how management had handled interaction with the Stack Exchange Q&A community during discussions about a code of conduct change and other grievances.

“In the last few weeks, we made a series of mistakes, both in our actions and in the ways that we communicated those actions,” said Fullerton. “In doing so, we hurt people who believe in that mission and who want to help us make the community welcoming and open to all.”

Fullerton’s apology represents a second stab at making amends. An apology last week from Stack Exchange director of community Sara Chipps that didn’t go over so well – it was downvoted 1,394 times.

The most egregious misstep involved the way a longtime moderator was dismissed, though that’s not the only source of rancor. Last week, 20 volunteer Stack Exchange moderators (among about 600) resigned to protest of the removal of Monica Cellio, after concerns she raised about a pending Code of Conduct change led to her removal as a moderator.

Cellio had questioned the requirements of Stack Exchange’s revised-but-not-yet-published Code of Conduct (due out Thursday), which as we understand will require the use of community members’ declared pronouns to avoid misgendering people. But rather than discuss this policy, the company determined that Cellio’s reticence represented a Code of Conduct violation and withdrew her moderator status.

A Stack Exchange spokesperson told The Register last week that Cellio was removed because she “would not use stated pronouns, which violates our current CoC.”

Cellio has posted her own account of what transpired, and she claims her de-modding was preemptive: she had not taken any action to violate the CoC.

“I was fired because they thought I wouldn’t follow the future code of conduct,” she wrote, and has challenged claims of bigotry that have arisen for questioning Stack Exchange’s planned rule change.

While this affair attracted a lot of attention, it’s only one of the many sources of disagreement and tension between community volunteers and the company that profits from them. There’s also unrest about mandatory binding arbitration, animated ads, user fingerprinting for ad targeting, and changes in the way site content is licensed.

On Saturday, more than 440 Stack Exchange users, including more than 130 moderators, co-signed an open letter to the company seeking “a roadmap for how Stack Exchange will improve engagement with moderators and the broader community.”

Also, 120 users, including around 40 moderators, representing Stack Exchange’s LGBTQ+ community voiced their own concerns in a separate letter, seeking more attention for the complaints and requests of the LGBTQ+ community and assurance “that the consequences for not respecting members of the community be more explicit, and be consistently carried out.”

In his apology, Fullerton insists Stack Exchange wants to work with its volunteers more closely. “Going forward, we will be working with the community to overhaul how we gather input and feedback from our moderators and members of the community to make sure that your voices are heard and involved in the process, not just informed after decisions have been made,” he said.

He said Stack Exchange intends to share a draft of the revised Code of Conduct with moderators on Monday for feedback and to release the rules publicly on Thursday, October 10th.

In a message to The Register, Cellio said she’d seen Fullerton’s post. “It’s a positive sign,” she said. “So far it has not been followed up with any action visible to me. They have not yet contacted me. So it’s a step, but they can’t address community concerns until they take steps to remedy the damage they did.”

The Register asked Stack Exchange whether it would share a copy of the new Code of Conduct, but we’ve not heard back.

Not a member of The Register? Create a new account here.