I am a PCM1802 24-bit ADC newbie, never used it before. It is a complicated device and its operation needs long explanation. For now, I am only trying to give quick and dirty short answers to the OP’s couple of questions. I hope to give longer answers later.

Ah, you can use Rpi GPIO pins to do config and control, as summarized below: 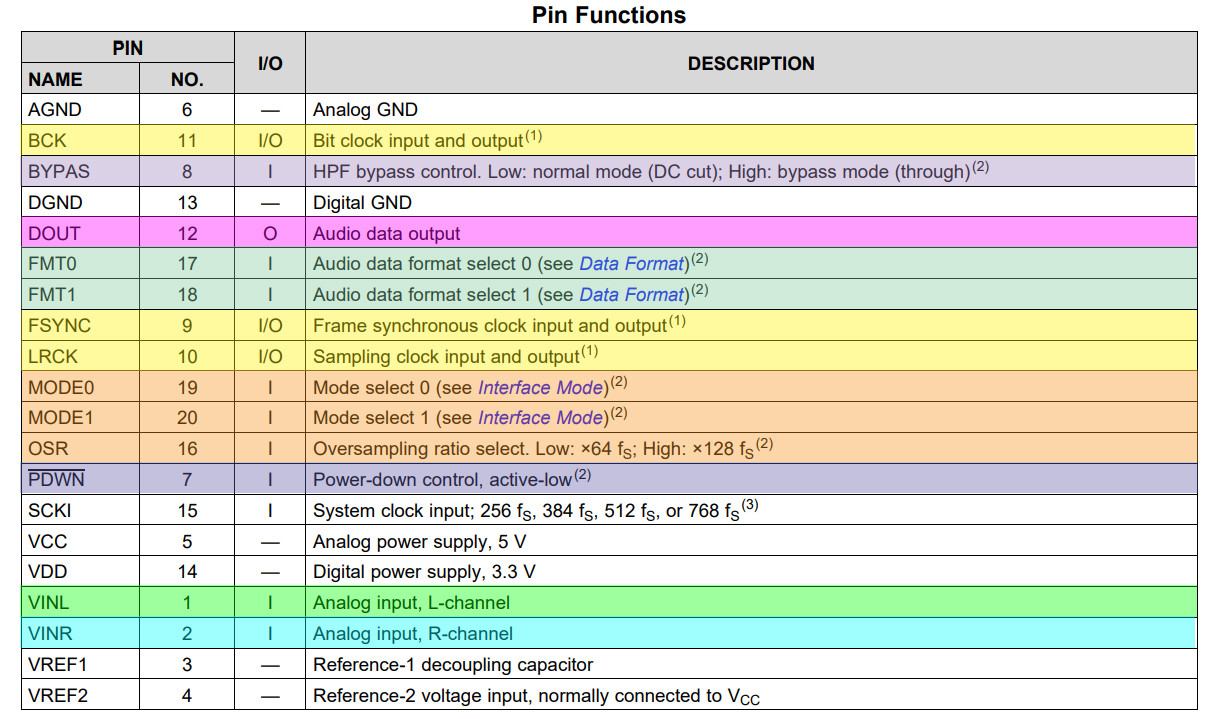