My pool salt chlorinator uses a flow switch (https://harwil.com/product/flow-switch-model-q-12/) to detect when the pool water is circulating, which is one of the conditions to allow the production of chlorine by the chlorinator. I’m building a pool controller based of a raspberry pi, and I’d like to be able to detect when the sensor is closed so I can calculate for how long the chlorine is being produced. I have some experience in electricity and the Pi, but not a lot. Unfortunately the chlorinator (shown as controller on the diagrams) is proprietary and I have no info on how it works and/or interacts with the flow switch

I’ve tried to connect one of the Pi GPIO configured as input as depicted the diagram below, but I’m getting very erratic behavior, changes between 0 and 1 randomly, whether the circuit is closed or open. I’ve tried the same with inserting a 10K resistor between the switch circuit and the PI, but no luck 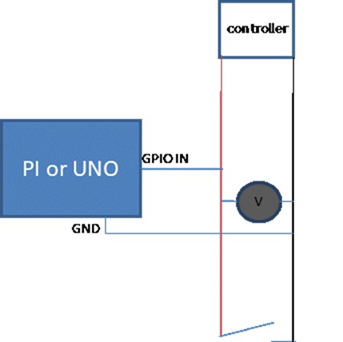 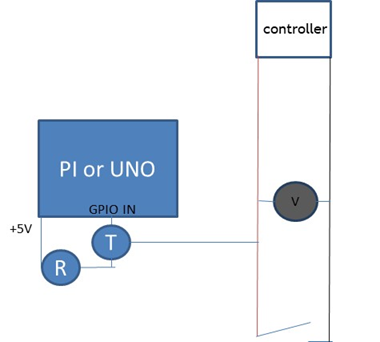