so I’ve recently set up my raspberry pi. Am following a tutorial for the MPU9250, from https://github.com/tuupola/micropython-mpu9250.

I have did a install of the micropython-mpu9250, and tried the sample code in the readme to get my readings. However, i have encountered that error and cannot run my program.

At a guess you should be importing I2C not i2c.

How come my program don’t run?

The commend “i2cdetect -y 1” is used to detect if there is any working I2C devices connected to the bus, and display the devices’ address as two hexadecimal digits.

If you have installed a driver for the device MPU9250, for example, by using the text editor “nano” editing the file /boot/config.txt by adding a line like this:

And even i2cdect detects the device, it does not mean the device should work correctly. It only means i2cdetect “pings” (say hello to) the device, and the device replies “I am here”. In other words, MPU9250 only says he is present, not guaranteeing that he is OK to work.

First you need to import the correct python modules. Below are the example statements from the microPython MPU9250 I2C Driver Git HubGitHub:

Then you need to setup the i2c bus, like the following example in gitHub:

Now you can “teach” baby MPU9250 Jonathan to do something!

I have been using Rpi3B+ stretch playing with I2C 3/6/9 DOF sensors and found a big program, ie, for Rpi3B+, I2C speed is a flat rate of 100kHz and cannot be changed (though “official” instructions says otherwise!). Furthermore, the python I2C (smbus) module does not entertain “bus stretching” which is required in some cases. A get around is to lower I2C speed, but not for Rpi3B+.

To solve the problem, you need to use Rpi4B buster, which allows lower I2C speed to as low as 10kHz, and problem solved. See Reference 4 below for more details.

There is not that many tutorials for 9-DOF MPU9250. For newbies I would recommend to try 6-DOF MPU6500, or even 3-DOF sensors. MPU9250 actually has MPU6500 and another 3-DOF magneto sensor glued together inside (Ref 3, Appendix A (the pink and orange rectangles of MPU9250 block diagram)). So the knowledge and skills acquired in MPU6500 can directly transfer to MPU9250. 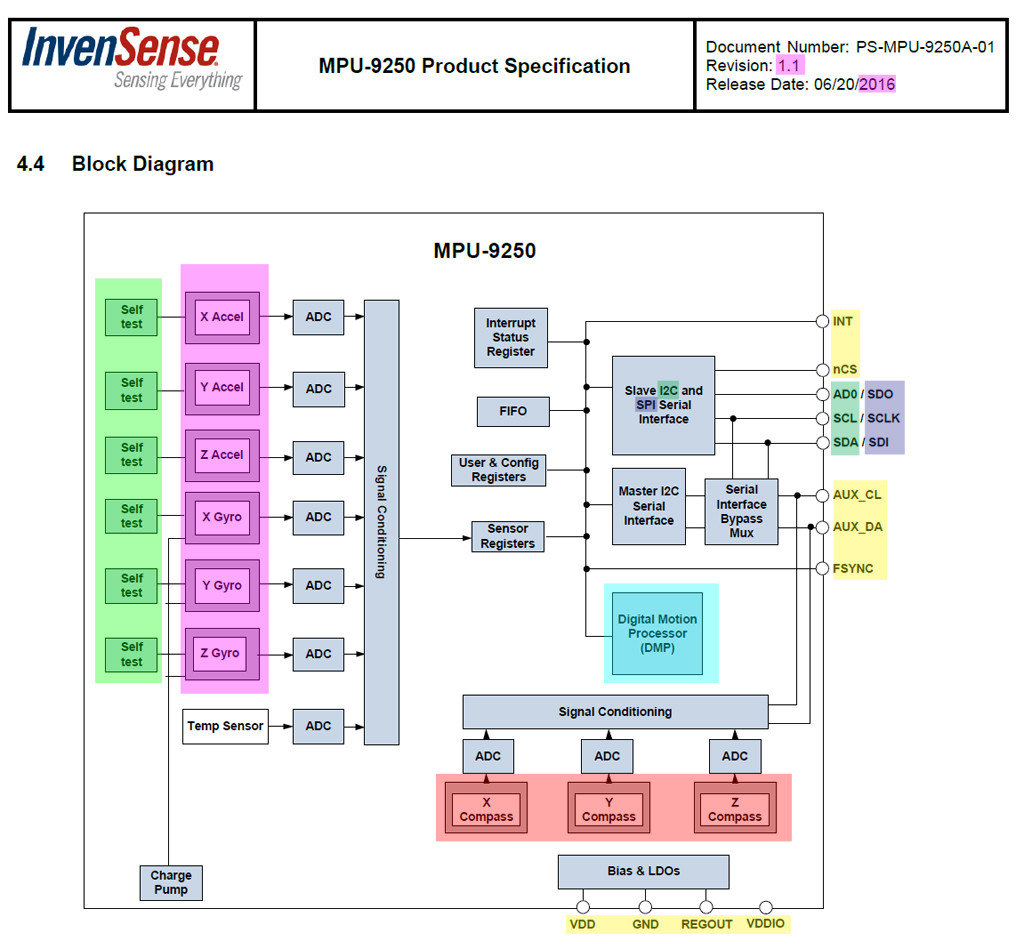