How to wire a Raspberry Pi to a 16 channel relay module? It won’t work

A am using working on a project that requires a camera analyzing some images and activating the appropriate GPIOs to control a relay board. I currently have a touchscreen display, a Raspberry Pi Cam attached to the Raspberry Pi. I am trying to connect a 16 channel relay module to control some motors. Here is the specific relay module I am using: https://www.amazon.com/SainSmart-101-70-103-16-Channel-Relay-Module/dp/B0057OC66U/ref=asc_df_B0057OC66U/?tag=hyprod-20&linkCode=df0&hvadid=311990496852&hvpos=1o1&hvnetw=g&hvrand=16991409045459790175&hvpone=&hvptwo=&hvqmt=&hvdev=c&hvdvcmdl=&hvlocint=&hvlocphy=9028086&hvtargid=pla-405660916688&psc=1 I looked at videos online about how to connect, however whenever I run it, nothing happens. The relay module has an external 12V power supply, which I connected. And I have connected all the GPIOs that I wanted to use from the Raspberry Pi to the relay board. IN addition, I connected the 5V and 3.3V connections to the 2 5V pins on the relay module (I used the 3.3 because the other 5V is being used to power the touchscreen display). I have checked all the voltages and everything seems fine. Whenever I run the following code, nothing seems to happen: 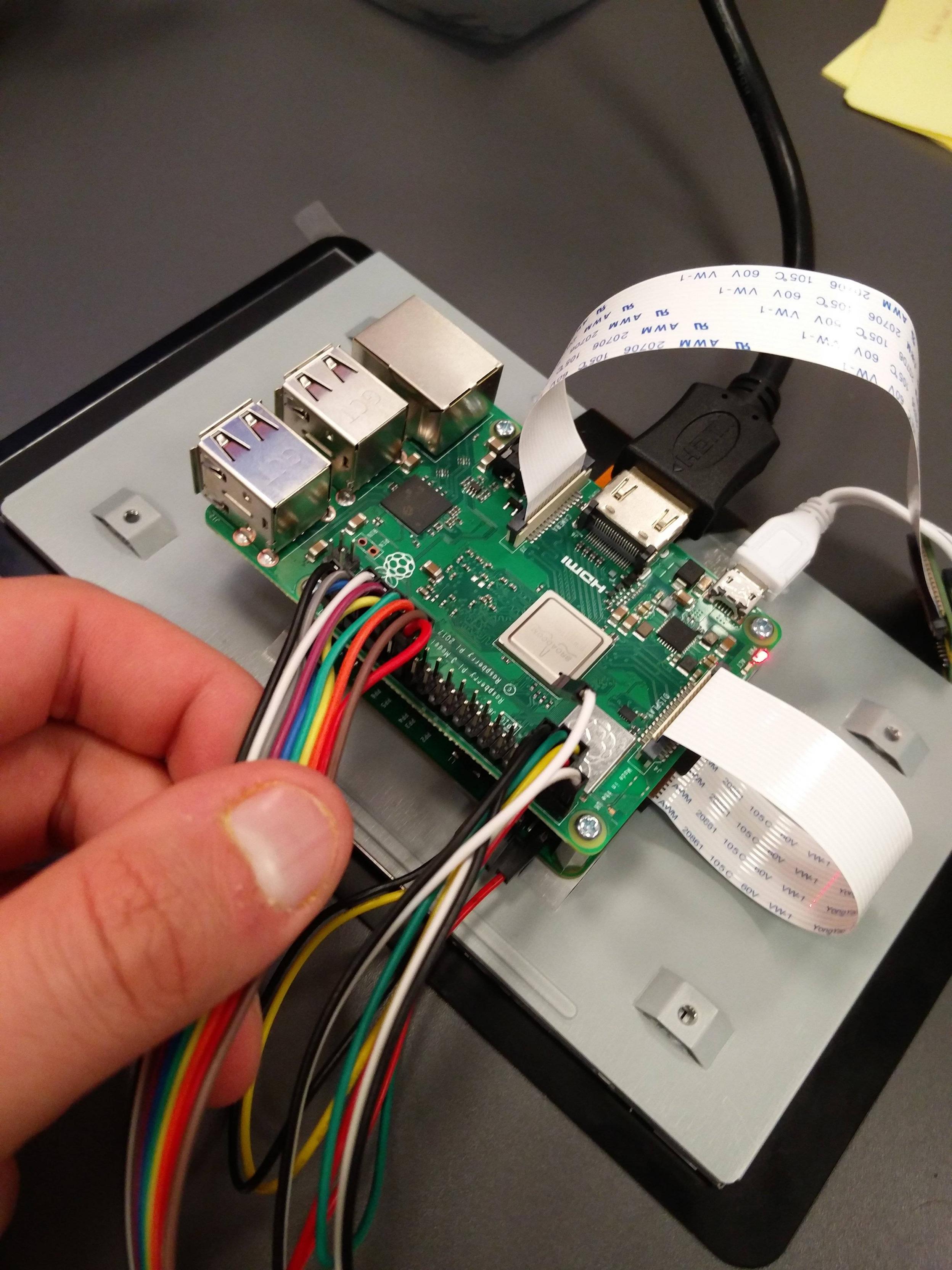 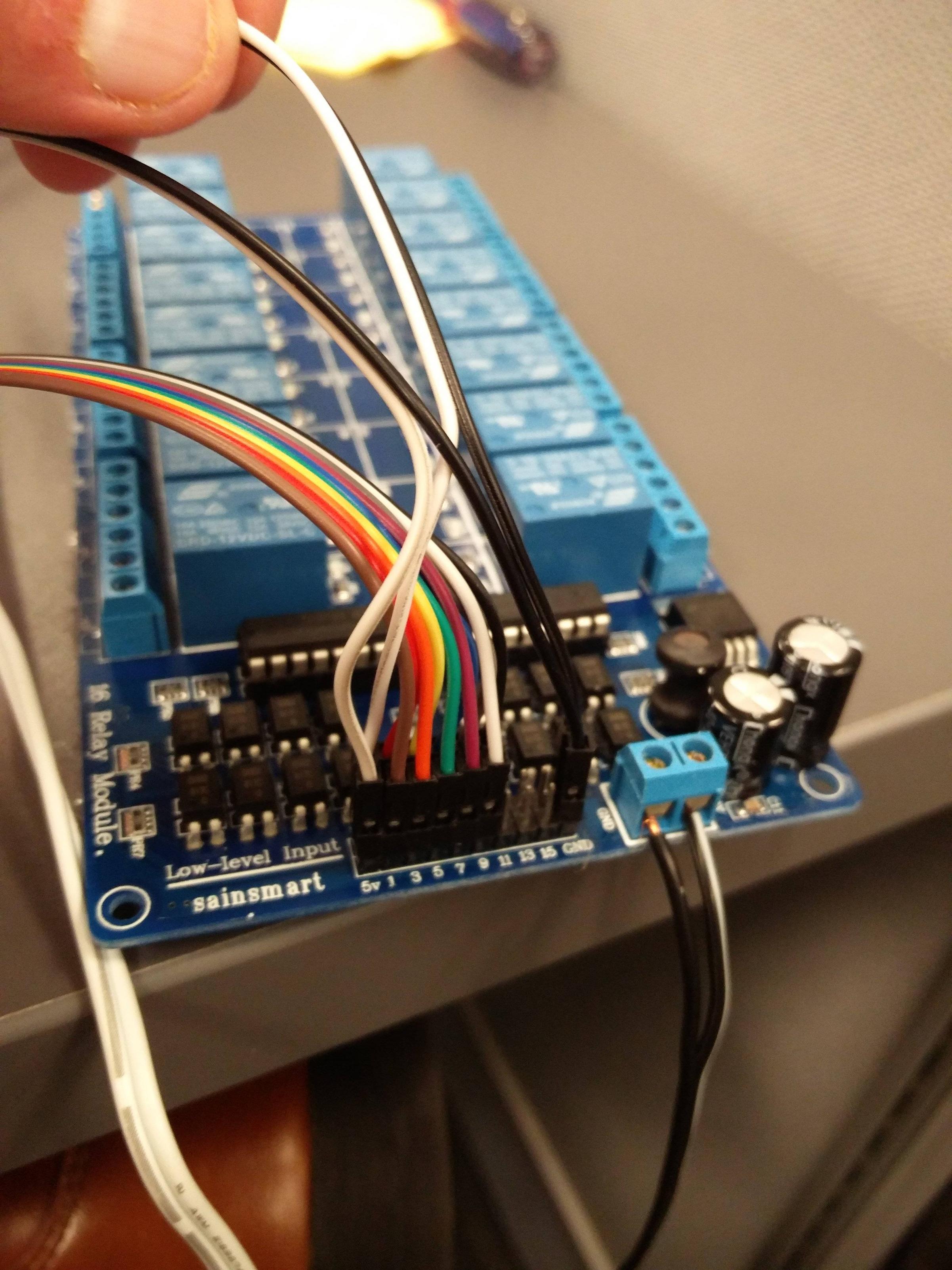 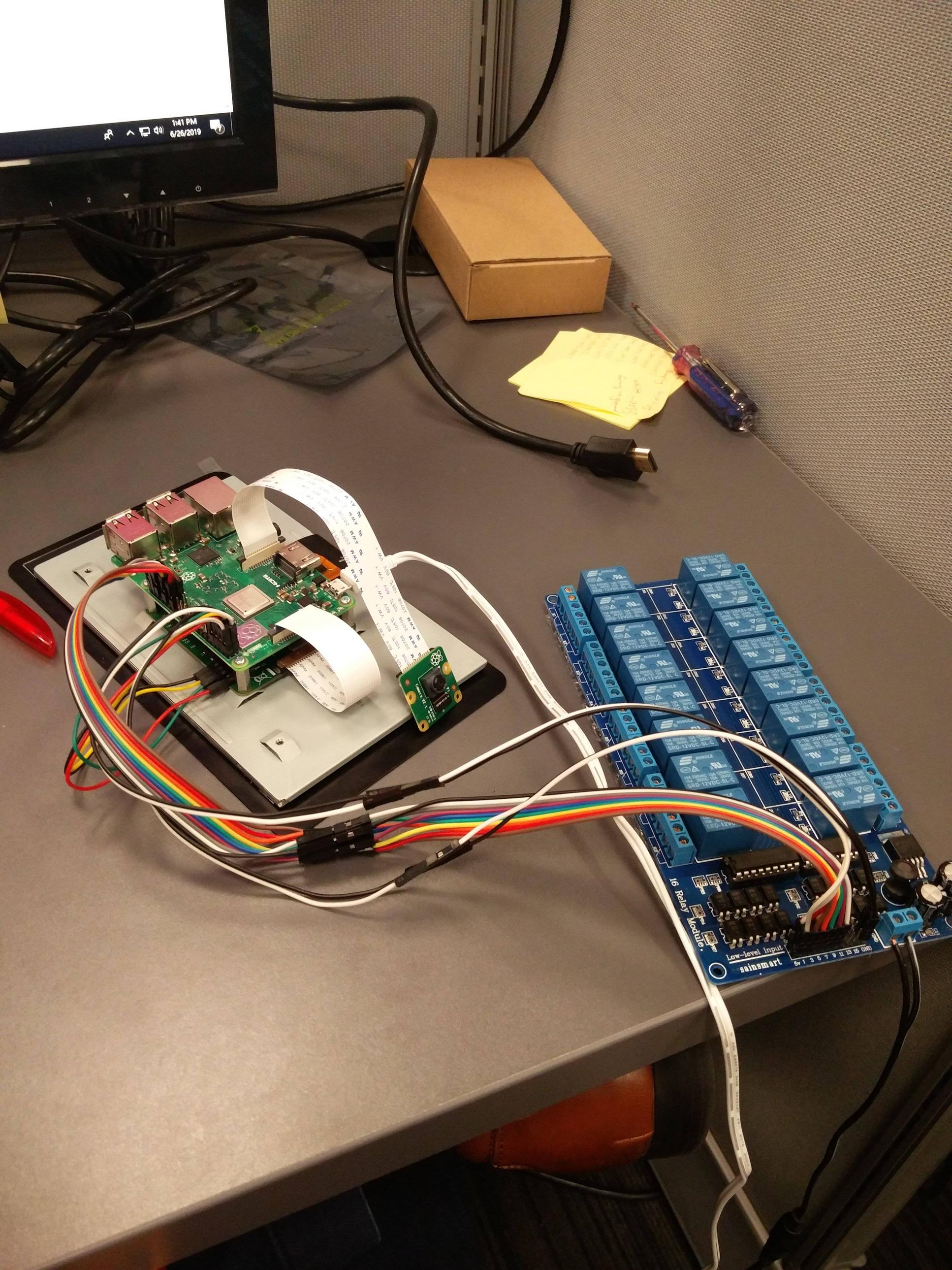 This question came from our site for computer enthusiasts and power users.

The most newbie proof way is to use 3V3 relays which are a bit expensive (see Appendix A below).

Cheapy relays are mostly 5V powered, but only those High level trigger types are almost guaranteed to work for Rpi.

Almost half of those Low level triggered relay work for Arduino, but NOT work for Rpi (See Appendix B for get around).

The relay module you linked (which has limited documentation) states:-

The Pi GPIO can (safely) sink up to 16mA – and if using all relays would overload an Arduino, and probably the Pi.

Of cause this is assuming the Pi could even drive the opto-isolator, but if this has a series LED and resistor is unlikely.

Powering from 5V is dangerous and is likely to blow up the Pi.

The comments on the Amazon site indicate it us unsuitable for use with the Pi.

As an aside there is absolutely NO POINT is using an opto-isolator with a relay! Any additional isolation they claim to supply is illusory if there is ANYcommon connection between the two. Opto-isolators have a low current transfer ratio – which just makes it harder for the Pi to drive.

There are a number of (poorly-designed) relay boards on the market – they MAY work with an Arduino, but are unsuitable for the Pi. (There are quite a few posts on this site discussing these.)

There ARE modules (without opto-isolators) designed to be driven by 3.3V logic levels which are suitable.

You could drive this from the Pi using a transistor (if you haven’t already blown the Pi).